BBB filled our summer nights in Athens with open air cinema, inspiration and Balkan atmosphere once again with a two day event: “Balkans in the XOYZ”- with image and sound we build bridges between us. The event took place on 4 and 5 July at the garden of XAOYZ, a new alternative bar in Athens. The garden was full both days and people enjoyed being part of what was happening as they had active role during the event. This event was a pre-festival event inspired by this year’s festival topic: “Reinventing Bridges”. We tried through the art in most of its forms to reinvent bridges and get closer.

On the first day, Thursday 4th of July, we projected films from last year’s BBB Short Film
‘Festival that took place in Tirana, from our partner- short film festival Altcine Action and also the film by Josefina Markarian “Partners”. Dimitris Dimitriadis with his group improvised in a theatrical performance taking inspiration from a photo that was given to him by BBB. It was a performance that left everyone touched and thoughtful.

On the second day, Friday 5th of July, Dimitris Dimitriadis had an outstanding performance called “Next Stop”, a trip in
life that meets love, loneliness, friendship and other “stops” of life. During the whole night, Dj Spery brought the Balkans in Athens with her music turning the garden of XAOYZ in a big Balkanik yard where everyone enjoys, laughs and dance.

Both days BBB had a Photo exhibition/ contest with photos from a special contest that organized on 29 of June having as title “Reinventing bridges in Athens”. The participants had to take six pictures with six different topics inspired by the main title of the contes and shoot within six hours. The photos of the participants were exhibited during the event and the audience had the opportunity to vote for their favorite photo. On Friday we had the award ceremony in which the prizes were sponsored by the photography company Skiadopoulos SA. See here the winning photos and the winners.

We created our bridges in our own way by actively engaging people to interact and take action. People participated actively, got motivated and made us realize once more that if we give inspiration to people they can inspire us back and create all together.

Burek, Fiction, 3.26’
Francesco Conte, Italia
Burek is the story of a man whose identity is troubled by belonging to multiple nationalities.

Border, Documentary 20.50’
Yana Nikolova, Bulgaria
Life of the people on both sides of the border between Bulgaria and neighboring country brings its own spirit and culture. Differences and similarities of their points of view, life, common stories or ideas. The sense of humaneness, of neighborhood, of being separated by one border, one language, one nationality.

Game Over, Fiction, 3.36’ (Projected at the ALTCine Action Short Film Contest)
Paris EL-Said, Cyprus
A young boy playing alone in the park suddenly finds himself under siege by an elite force of imaginary soldiers. He engages in a fun, manifested war game that renders him victorious over his foes. It is only after tragedy strikes close to home that his perception of war is altered forever, and the game is over.

Partners, Fiction, 20’
Josefina Markarian, Greece
Young Natasha, Serbian in the post war Sarajevo, works and stays at the neighborhood tavern of Vaggelis Lianos in Athens. Little Mihailo and her family are waiting for her to come back. Vaggelis is in to her. A lucky game that they play together wind and changes their luck. 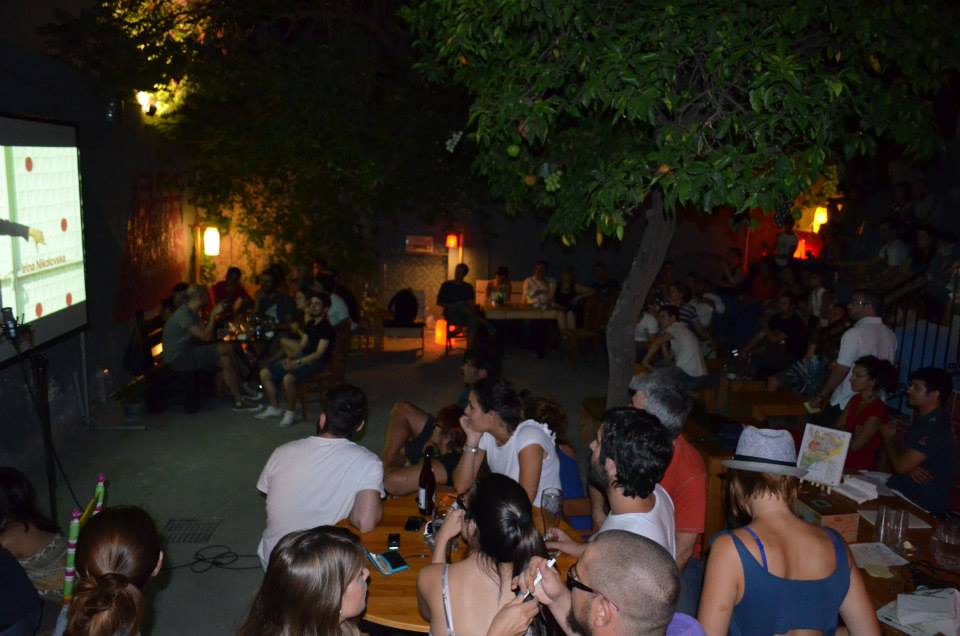 Kiosk, Fiction, 12.58’ (Projected at the ALTCine Action Short Film Contest)
Galaxias Spanos, Greece
An Albanian immigrant working as a delivery driver in Athens, has his wedding anniversary. So, he wants to return home as soon as possible. Unfortunately on this specific day, a new assistant comes for work and everything goes upside down.

RF, Fiction 19.07’
Stavros Liokalos, Greece
When a man tries to fix his television aerial on a day like any other, in a city like yours or mine, a series of unexpected events turns this everyday upside down in the most magical way.

Beyond the River, Fiction, 20’
Sabir Kanaqi (Kanaqeviq), Albania
One old man lives for a long time alone, near the river with a destroyed old footbridge. One day his son comes from abroad to visit him. The longing and impossibility to meet his son, lead him to face a dream.