The 10th BBB Short Film Festival ended full of e-motions and smiles of fulfilment whilst awarding Hector Malot: The Last Day of the Year by Jacqueline Lentzou (Greece) with the BBB BEST FILM AWARD. After a nine years journey throughout the Balkans, BBB Short Film Festival returned to Athens from 17 to 20 October at the Greek Film Archive for its 10th celebrational Festival featuring a Competition Programme of 30 short films representing all the Balkan region. We invited the Athenian audience to watch the Balkans through our lenses presenting the undiscovered contemporary Balkan reality.

The BBB Jury Team consisting of Ismet Sijarina, Director and Writer, professor in Pristina University; Sunčica Fradelić, member of Cine Club Split; and Konstantinos Aivaliotis, Promotion Manager at the Greek Film Centre distinguished Hector Malot: The Last Day of the Year by Jacqueline Lentzou (Greece)  for its  sensitive use of film language in conveying subtle emotions. According to their homophonous decision about Jacqueline’s film, they highlighted how the film reminds us to appreciate every moment of our daily life as a distinguishing feature 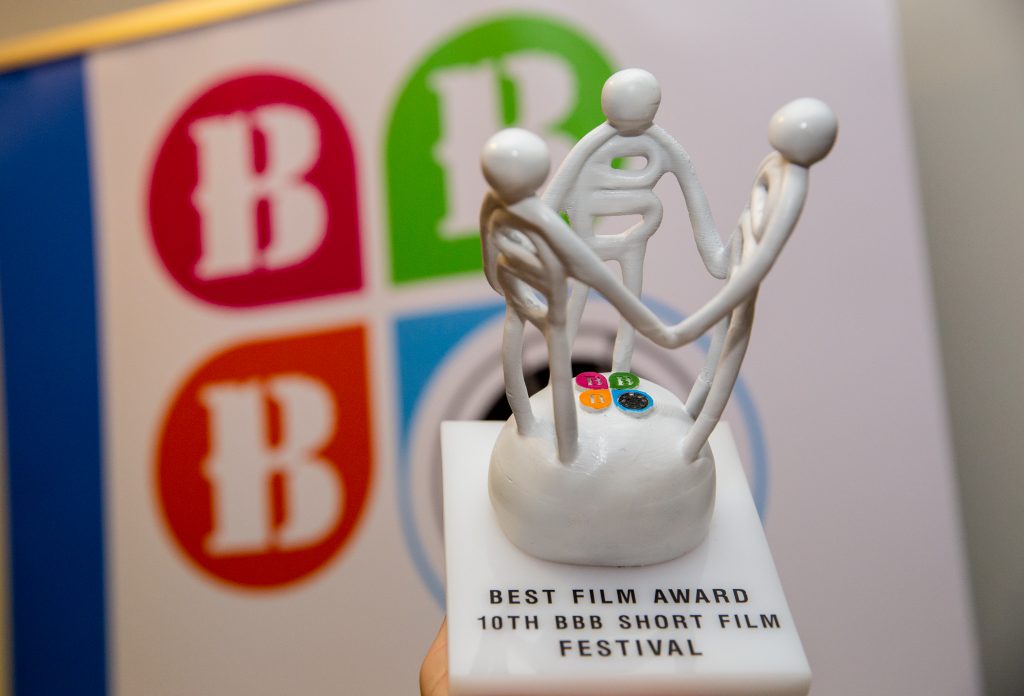 In their aim to support even more young filmmakers, the BBB organizational team added for a second year one more prize, the BBB FIRST ENTRY which awards the best debut film among the selected participants. Versus by Enes Foci ( Albania) received the FIRST ENTRY AWARD 2019 for its fresh, playful and authentic approach to the topic of e-motions showing that climbing in life is not an easy thing. In addition, the Jury Team gave a special mention for the First Entry Award to Ibarska Highway by Aleksandrija Ajduković (Serbia) for being creative in exposing the invisible connections between infrastructure, people and events.

Last but not least, our audience voted for the film that touched them the most using our digital online interactive platform specially made for Balkans Beyond Borders by the Biennale of Western Balkans using the software MAZI. And the BBB Audience Award went to the short film The Eye by Stergios Dinopoulos (Greece). The award -statues of the Festival were once again made by Solid 3D Printing and Scanning.

This year for the first time, the BBB Short Film Festival organized a tribute on Youth and Labour / Women and Labour which was implemented through the Operational Program “Human Resources Development, Education and Lifelong Learning” and is co-financed by the European Union (European Social Fund) and National Funds. Its co-funded projects deal mostly with the improvement of education and employment in Greece. Its main targets relate to the development and promotion of human resources skills, activities against unemployment, strengthen social cohesion and social inclusion of vulnerable social groups, improvement of the quality of education & lifelong learning, awareness on environmental education, linking education with the labor market. 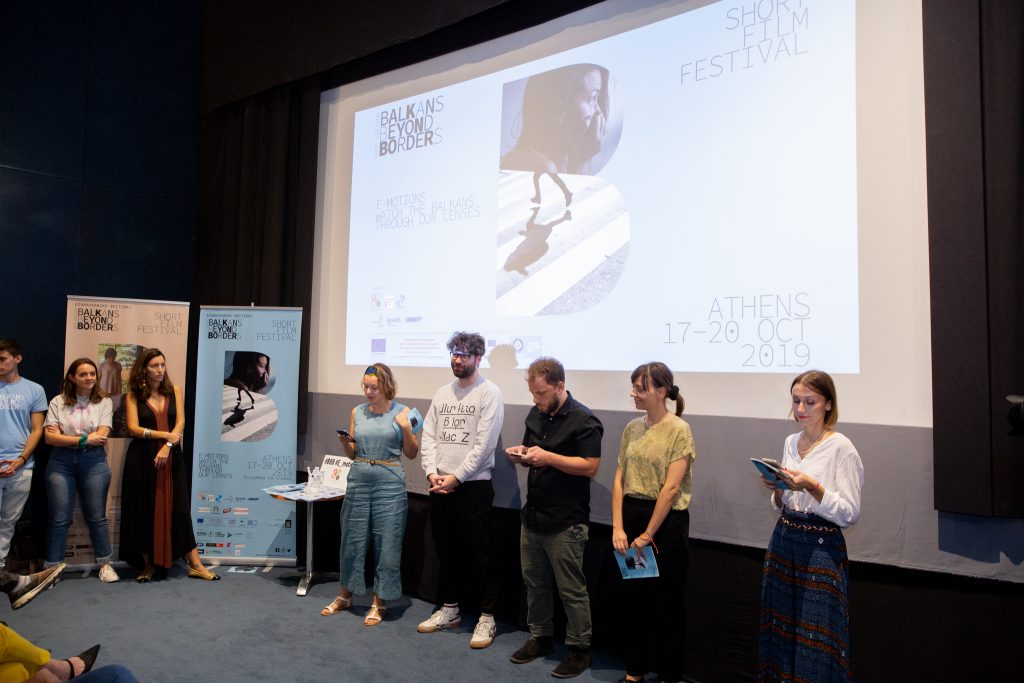 The Festival audience had the opportunity to familiarize themselves with disability through Labyrinth of Senses workshop, a disABILITY AWAREness workshop, powered by KINITRO. In general terms, KINITRO and HANDS UP took the responsibility for the successful implementation of the accessibility of the Festival and education of our staff.

The screenings programme covered the Balkan area with three very important collaborations: 1. The Ankara International Film Festival, the University of Pristina and the Film Centre of Montenegro featuring a selection of short films. Moreover, we travelled to Europe with the special screening EUandME short films powered by Europe Direct ELIAMEP and supported by the EU Commission in Greece, and we reached Northern Europe, Scotland with the BBB FOCUS – SCOTLAND programme curated by the Edinburgh Short Film Festival.

Music could not be missed from the 10th BBB Short Film Festival. Therefore, Balkan Familia, Noriana celtic music band and DJ Spery filled the end of the screenings with melodies from the region and beyond!

The Festival acted as a stage of networking for the guest filmmakers including meeting local cultural stakeholders through our collaboration with the Athens Culture Net (ACN) while the BBB Family grew even bigger with the guests, the volunteers and the active partners Youthmakers Hub, Kinitro, Europe Direct ELIAMEP, Biennale of Western Balkans and Hands up.

The audience that filled the screening room of the Greek Film Archive and the parallel events venues for four days had the opportunity to experience Balkan reality, enjoy short films and discuss with the filmmakers. We keep all memories of the 10th BBB Short Film Festival and prepare our luggage for the next stop!

See here all our partners, supporters and sponsors